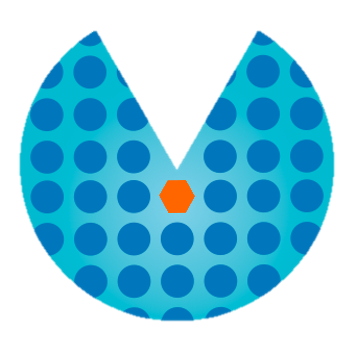 The BND Scanner provides the capability to rapidly explore macro sized areas looking for nanostructures of interest. It is capable of quickly locating and identifying widely dispersed, or even extremely rare, nanoscale features. This capability saves the user significant time and enables them to rapidly perform the key measurements they require.

Roaming Around the Surface

The video above shows the stitching process to produce a composite image of a surface containing strands of DNA.

In addition to large area stitched images, the intuitive high-speed AFM controls can be used to roam around the sample surface with nanoscale resolution. Allowing the user to locate and image specific features.

CASE STUDY I: LARGE AREA IMAGING OF A TURBINE BLADE

Our BND Nano Dynamic Scanner can create gigapixel sized images at the nanoscale by stitching images from a user defined area together to form a composite image with no drop in lateral resolution as the image area increases (as demonstrated in the video above).

The example image below shows a stitched composite image of a 60 x 30 micrometre area of a turbine blade (the total height range is 20 nm). This data was collected with a 2 nm pixel size creating a 0.5 gigapixel image. By producing this map of the surface, distinct regions can be identified and quantified.

The video below shows a 3D fly-over of a long CRISPR-labelled DNA molecule. The entire length of the molecule is rapidly scanned at nm-resolution allowing for accurate measurements of the distances between markers. This image was created by stitching together frames collected whilst roaming freely on the sample surface. This work is described further in [1]. 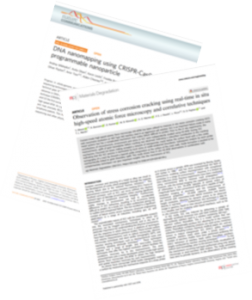